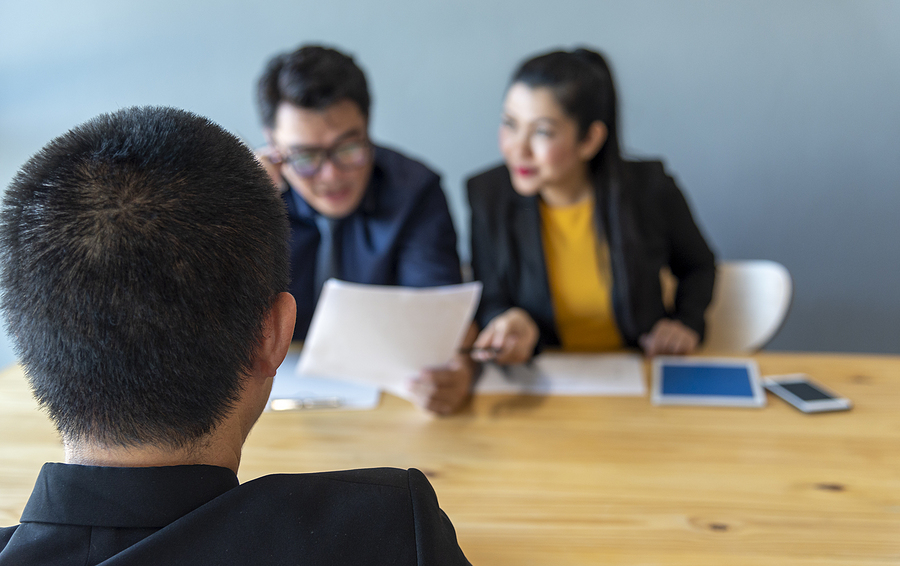 When it comes to writing a CV, women are more likely to tell the truth about their qualifications and credentials, whereas men typically exaggerate their skillset.

This is according to recent findings from foreign language online teaching tool Babbel, which surveyed 1,000 Brits about what they put on their professional profiles.

It found males were more likely to elaborate on LinkedIn and their CVs, particularly when it came to their skills and interests.

Indeed, 13 per cent of surveyors claimed they enjoyed hobbies they did not do, one in ten said they are fluent in a foreign language they cannot speak, and one in 20 stated they do volunteering or charity work to appear more appealing to future employers.

The majority (71 per cent) of those who pretended to speak a foreign language to look impressive were male, while just 29 per cent were women.

More than two-thirds (67 per cent) of those who made up their hobbies and interests were men, and one-third were female.

It is not hard to see why so many candidates might exaggerate their capabilities as CV-building website Glassdoor says corporate jobs typically attract 250 applications each. Just six of these will be offered an interview, demonstrating the immense pressure to make CVs stand out from the crowd.

CVs do not have to be untruthful to be appealing, however, and Glassdoor recommends using an attractive and easy-to-read format, formal font, evenly-set margins, consistent line spacing, clear section headings, and enough white space, while also leaving out photos and graphics.

It suggests trying to fit in the relevant information into one page, saying: “Target your resume at a specific job offer and include only relevant details.”

However, those who feel like their skills and qualifications will not be condensed on to one page without compromising the font, format or type size can extend their CV.

“If you feel you’ll omit crucial details by trying to make a single-page resume, don’t force it,” the website states.

While embellishing a professional profile is not good etiquette and potentially illegal, depending on what is being exaggerated, men are more likely to do it because they have the confidence to believe they still deserve the job.

Victoria McLean of City CV told Metro: “If a woman doesn’t hit all the criteria, instead of lying she will most probably not apply for it.”

She added: “Generally, men are more likely to wing it.”

However, this is a dangerous game to play; for instance, those who lie about being bilingual for a job that requires regular conversations in another language will soon be caught out.

“If you can’t deliver what you promised on your CV, you’ll be instantly dismissed,” Ms McLean stated.

Indeed, Babbel live teacher Esteban Toura warned candidates against over-claiming on their CV, particularly as it is becoming increasingly easy to acquire information about each applicant.

“In today’s more globalised, video-conferencing age, the risk of exposure is more and could end in some sticky situations for candidates quizzed in their claimed language,” Mr Toura commented.

If this warning is not enough of a deterrent, the recent case of a woman who has been jailed for 12 months for lying about her career experience to get a job in NHS management should.

Chanelle Poku, 29, claimed she had a Master’s degree in molecular biology, as well as history leading a charity, when she applied for a role in NHS Croydon’s Clinical Commissioning Group, My London News revealed.

She even provided fake references for her employers and sent a letter to the NHS pretending to be a lawyer to stop the investigation into her false claims.

Her role required her to deliver programmes for urgent care patients in the area, with recorder David Osborne, who sentenced her to 12 months in prison, saying: “This was a role of some responsibility, and you plainly didn’t have the skills for it.”

While Ms Poku had previously worked for Action Aid, she was not in a senior position at the charity but raised money by knocking on doors. As the Master’s degree was a requirement of the job, she fabricated this on her CV to make herself eligible for the role.

Mr Osborne added: “It is clear to me you have done everything you can to throw investigators off the scent in this case, and you continue to deny involvement in it.”

“Your offending left a wholly-unqualified person in charge of an important role in the local NHS infrastructure. This offence is so serious that only an immediate custody is justified,” the judge concluded.

This case shows just how essential it is to check CVs, professional profiles, and references methodically, as there are many people who are prepared to lie to increase their chance of being accepted for a job.

For thorough background checks for employment, get in touch with us today.